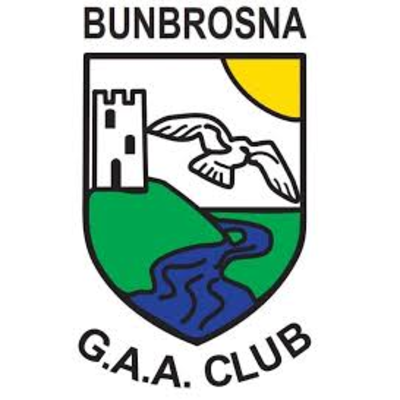 On Sunday morning we travelled to Delvin to take on St. Paul’s in Round 2 of the Clarkes Bar Junior Championship. Played in ideal conditions on a very good quality surface a thrilling battle ensued between the two teams.

Play opened with Kevin Mitchell feeding Peter Tormey for the first score of the game. St. Paul’s replied with a well worked point of their own soon after. Chris Cole intercepted a St. Paul’s build up and passed to Ger Brennan who set up Ronan Scally for our second point of the day.

Shortly after, John Kiernan burst through to kick another point from play after some good build up play from Bun. St. Paul’s then scored 5 points without reply before the first water break.

Finian Newman replaced Chris Cole at half time and when play resumed Peter Tormey scored a point from a free to leave us one behind. A nasty injury saw Ronan Scally have to leave the game to be replaced by Brian Maguire early in the second half.

Great defensive play from Bun prevented St. Paul’s from adding more scores while Darragh Lyons and Barry O Mara kept our scoresheet rising with a point a piece. Following the water break, St. Paul’s scored their only point of the second half. Aidan Finnan followed up with a point from play to put us in the lead.

Our defenders were working hard and kept St. Paul’s to three wides for the remainder of the game. Our goalkeeper, Alan Maguire, also had a great game. With one more point from play, Barry O Mara finished the scoring with a final score of Bun 0:13 St. Paul’s 0:11.

Well done to our U7s and U9s who hosted Ballycomoyle in Bun on Saturday morning. We fielded two teams at these age groups and we would like to compliment both Bun and Ballycomoyle players for some very well contested and entertaining games.

Our U11s hosted both Ballycomoyle and Multyfarnham and all games were well contested and played in great spirits.

Well done to everyone on a great morning's football and thanks to Ballycomoyle and Multyfarnham for travelling.

Huge thanks to Bernie Corroon from Westmeath Games Development who took the lead on a session with our U9s and U11s last Thursday evening.

Great session and the benefit of Bernie's experience was greatly appreciated by both players and coaches!

We are looking for new members for our Rounders team. Training takes place on Mondays at 8:00pm at the pitch. The season is coming to an end so this is an opportunity to try it out to see if you enjoy it and hopefully take part next year. You’d be most welcome to come along. It is open to anyone (men and women) over the age of 17.

Well done to Cullion U15 Camogie team on a great victory in the Feile on Sunday last. Many of our dual stars were in action and were coached by our own John McCormack. Well done to all.

Many thanks to Mullingar Credit Union for their generous donation to the club through the social and cultural fund. Peter Maguire and Aidan Finnan were delighted to attend the presentation on Monday night last to receive a cheque on behalf of the club.

Club Lotto will take place on Sunday next at 12:00pm outside the Old Dressing Rooms.

Jackpot is €8200. It can be done online by clicking on https://bunbrosnagaa.clubifyapp.com/products. Online entries must be in by 10:00am.⚪️