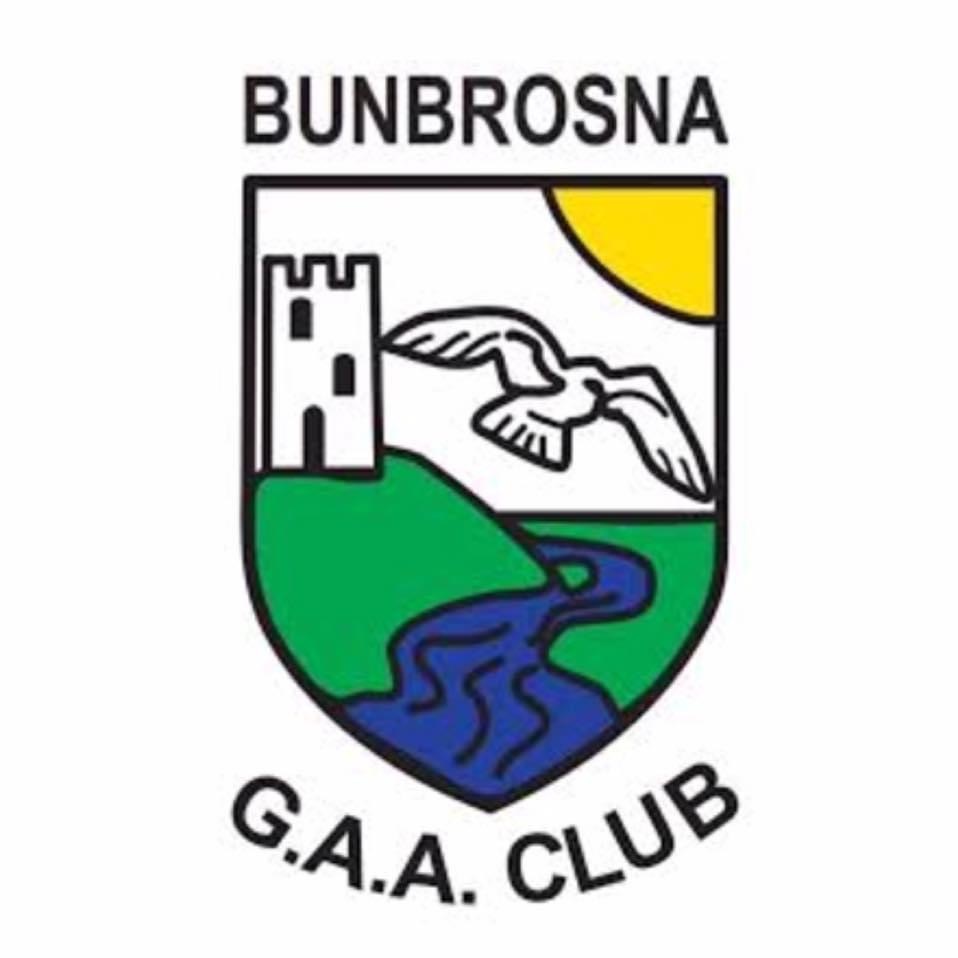 We are very excited to announce our ‘Royal Run to Bun’ which will be happening on the 17-18th July next as part of the final push to our fundraising target for our Astro Pitch.

Stay tuned to our social media pages for more details of this event and how to sign up for the run/walk in the coming days.

We also have a Go Fund Me link for those who would like to donate to our fundraising also.

On Tuesday of last week we hosted Mullingar Shamrocks in the Junior B Championship. This was an end to end game with some quality scores on both sides. Bun took a 6 point lead into the break at half time following goals from Mark Donnelly & Fintan Connaughton. 2:04 to 0:04.

Shamrocks made serval changes to their attack at half time and this made a significant difference to their attacking threat. Bun remained resolute and their was some great defensive performances by Paddy Fitzgerald & Eddie Glass in particular. Paul Connaughton extended Bun’s lead before Shamrocks took a hold of the game and kick some fine points to draw level.

Two late goals for Shamrocks would seal victory in what was a disappointing final 10 minutes for Bun after all the great work earlier in the game. Final score Bun 2:06 Shamrocks 3:10.

We play Ballynacargy in the next round of this competition next Tuesday.

Many thanks to all who participated in our summer camp this year. The boys and girls had a great couple of days of fun and games and it was topped off with an ice cream on departure.

It's great to see this initiative grow year on year and we look forward to 2022 already.

We are indebted to all of our helpers and coaches, without them this simply would not be possible.

We will distribute our camp gear shortly and look forward to seeing everyone back at the pitch!

Another milestone and a great day for the club when our under 8 girls played their first ever match. They played matches against our hosts Mullingar Shamrocks and also Ballycomoyle. Many thanks to Shamrocks for hosting us and we look forward to many more matches in the years ahead!

Monday saw our first social fixture of the season against Sean Connollys of Longford. With the first competitive fixture arranged for the 11th in St. Finians, Swords. Practice resumes next Mon at 8pm, all welcome.

Saturday 7th August sees our Under 13s travel to Newtownforbes for the Féile, and Underage practice continues Saturdays at 6pm in preparation for the forthcoming matches.

Next draw is Sunday 18th July. Jackpot is €7900. Thanks to all who support our Club Lotto.

All at Bunbrosna GAA wish to offer our sincere sympathies to the Keane and Fulham families of Ballinalack and Rathowen on the sad passing of Patrick, R.I.P.

We would also like to extend our sympathies to the Fox family, Rosemount, on the sudden passing of Mossie. R.I.P. Ar dheis Dé go raibh siad.

We play Ballynacargy in Division 6 of the league on Thursday next at 7:30pm in Ballynacargy.

On Sunday we play Tyrellspass in Division 3 of the league. Throw in at 11:30am in Bun.

On Tuesday of next week we play Ballynacargy in the Junior B Championship. Throw in at Bun is at 7:30pm.

There will be a club meeting this Thursday evening. Contact our secretary Ken Conroy for link to meeting.🔵⚪️

No winner of Club Lotto on Sunday. Numbers drawn were 8, ...

Club Lotto will take place on Sunday next at 12:00pm outs...

Adult LeagueOn Sunday last we travelled to Springfield to...

Royal Run to BunWhat an incredible weekend at Bunbrosna G...