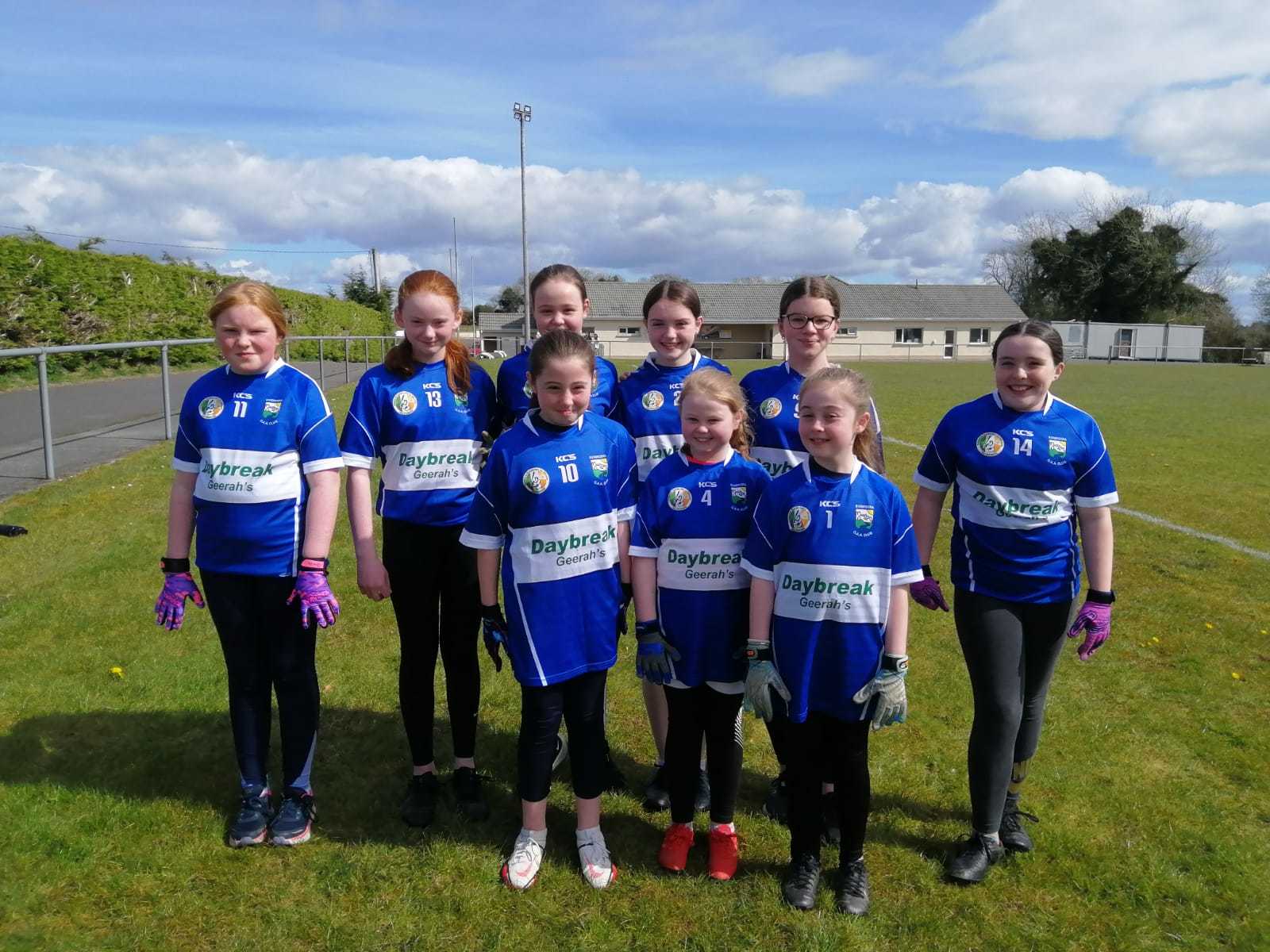 At the time of going to print, we are fixed to play Tyrrellspass in Round 6 of Division 3 on Friday next. Throw in at Tyrrellspass is at 7:00pm. All support greatly appreciated.

On Saturday our U9s travelled to Castletown Finea Coole Whitehall to take part in a blitz against the home team and St. Loman’s. There was a great display on show from all teams. Thanks to our hosts for the day.

Well done to Inny Shamrocks U13s who had a fine win over Delvin on Wednesday last in Ballynacargy. Played in difficult conditions the whole squad played and contributed to a super win!

We had the benefit of the gale force wind in the first half and took full advantage to build up a commanding half time lead.

It was a different story in the second half with Delvin gradually getting a foot hold in the game with several impressive scores.

Through a combination of strong ball-carrying and good support play, the Inny lads managed to steady the ship with a couple of vital goals which helped seal the win.

Well done to the management team of Ger Heduvan, Sean Walsh, Gordon Coloe and Alan Keena who ensured that each of our 23 players got a good run-out.

U13 training continues in Bun’ at 6.30pm on Wednesday evenings and Bal’ at 11am on Sunday mornings ahead of our next match against Maryland/Tang on Friday April 22nd.

Well done to the Inny Shamrocks U15s on a brilliant performance on Friday as they took on St. Loman’s in Lakepoint Park.

Both sides played great football throughout but the Inny lads gradually gained the upper hand in the second half to claim a great win.

Well done to both teams and their coaches on the excellent quality of football which was greatly enjoyed by all in attendance.

Next up is a home game against Erne Eagles. New players of all ages are welcome.

Congratulations from all at the club to Barry O Mara and Julie McLaughlin who celebrated their wedding on Friday last. We wish you both a lifetime of health and happiness together.

All at Bunbrosna GAA wish to offer our sincere condolences to the Whyte and Coffey families on the death of Sheila’s Mam, Geraldine, last week. To her husband, Aidan, and children, Sheila, Mairead, Donal, Emer and Fergal, we offer our deepest sympathies to you all at this sad time. Ar dheis Dé go raibh sí.