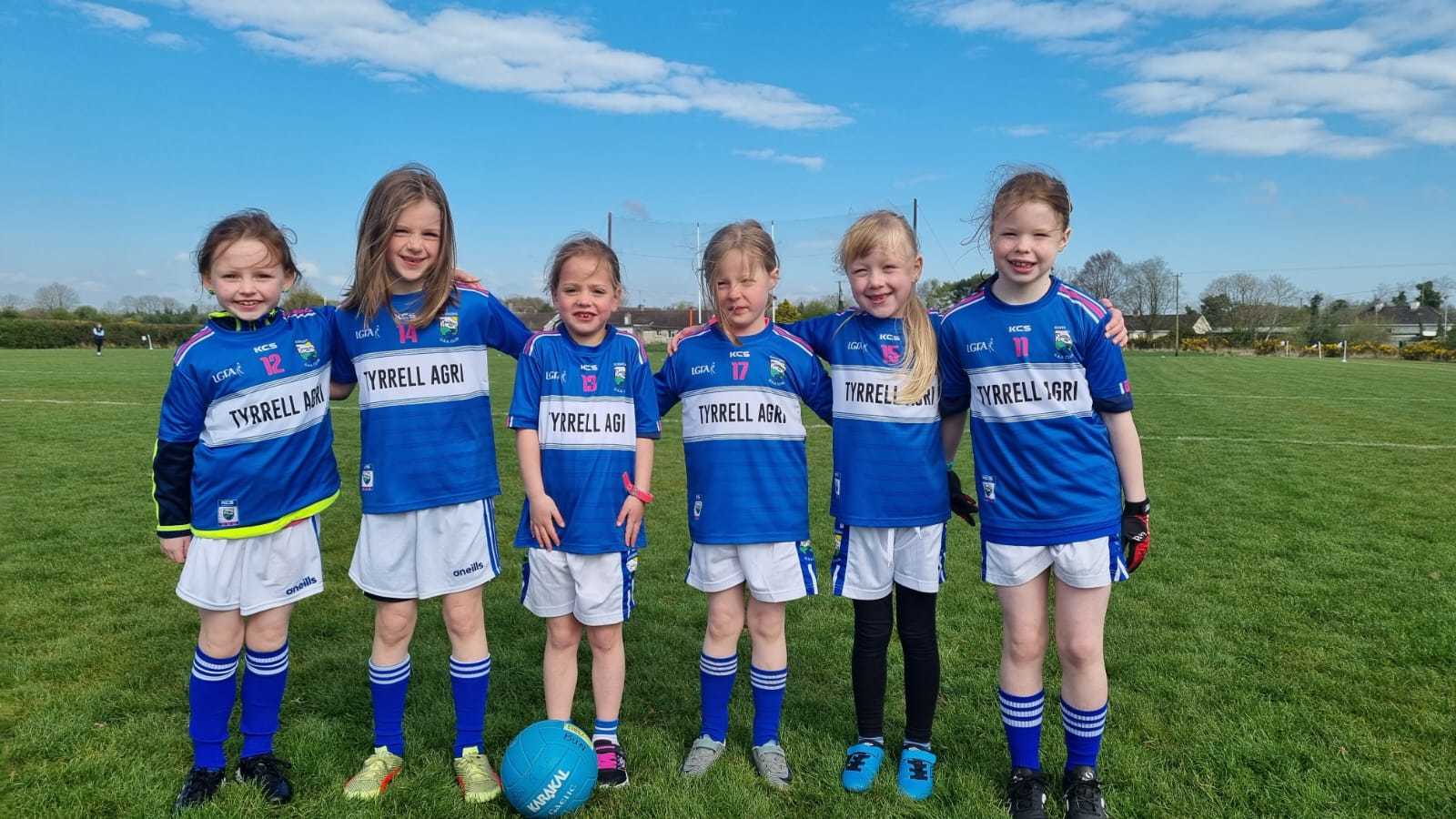 Well done to our fantastic U8 and U10 girls who travelled to Milltownpass on Saturday morning for their first Go-Games blitz of the season.

Our U8 team played Castledaly, St.Mary's and Ballynacargy, whilst our U10 team faced Moate, St.Mary's and Castledaly. A fantastic display of football from every one of the Bunbrosna girls who played with great enthusiasm, showcasing all their football skills!

A special mention to Holly on our U8 team who played brilliantly at her first match! Thank you to Milltownpass GAA who did a great job hosting and organising today's matches. The blitz was enjoyed by all!

Special thanks also to the Tyrrell family of Tyrrell Agri for sponsoring a new set of jerseys for the our girls teams. They had their opening outing at the blitz in Milltownpass on Saturday.

Well done to the Inny Shamrocks U15s who had a great win on Wednesday evening last when they took on St. Joseph’s at Moynihan Park.

St. Joseph’s set the early pace and a couple of well taken goals helped them build up a lead which they carried through to the half-time break.

The Inny lads gradually got to grips with the opposition in the second half and began to dominate possession which was converted into some fine scores.

The football played by both teams was of a very high standard throughout which resulted in a very entertaining and enjoyable game for the spectators in attendance.

Well done to both teams and their coaches.

The Inny Shamrocks U13s took to the field in Bunbrosna on Friday evening for their third league outing of the season and the opposition on this occasion were Maryland/Tang.

From the throw-in, the Inny lads got straight down to business and raced into the lead with several great scores as a result of some impressive passing moves.

As the half wore on, Maryland/Tang gradually got a foot-hold in the game and registered some fine scores of their own.

The second half started in similar fashion to the first, with Inny Shamrocks taking several quick-fire scores which took the game out of reach of a spirited Maryland/Tang side who never gave up the fight and kept playing to the end.

At the final whistle, Inny Shamrocks were convincing winners.

Well done to both sides on a great game of football.

Well done to our U14 Rounders Girls Team who took on Erne Eagles at home on Saturday. The teams were evenly matched with Bunbrosna making excellent outs in the early innings. Erne Eagles capitalised on great pitching and strong winds to take the lead in the 4th inning.

With Bunbrosna working well as a team to get a double out and bat for the 5th and final innings. Erne Eagles however were determined to hold the lead and took the match with 3 quick outs. Well done to all involved.

Hard luck to Westmeath who lost out to a strong Galway side in Round 2 of the Leinster Championship on Saturday evening last. Shane McGovern was part of the Westmeath panel and was introduced as a second half substitute.

Well done to Ciara and Maeve Molloy, and the Westmeath Minor Football team who defeated Louth last Monday in the Leinster Championship.

Gaelic for Mothers and Others 2022

Following on from its successful first year, Gaelic for Mothers and Others returns on Monday 25th April next at 8:00pm. Catering for all abilities, it is a great opportunity to meet new people and make friends as well as getting out and getting active. To find out more information you can contact Sinead on 087 767 2529 or email BUNGAMO@GMAIL.COM.

No winner of Club Lotto on Sunday. Numbers drawn were 3, ...