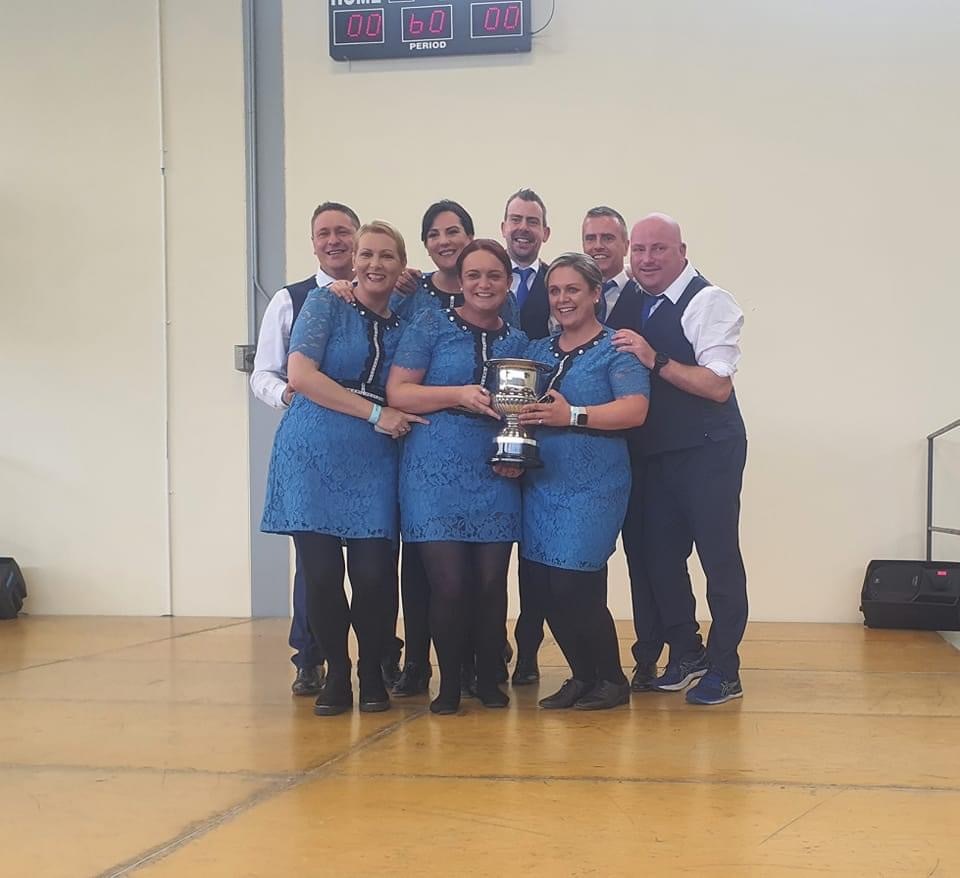 Congratulations to the Bunbrosna Set Dancers who won the All Ireland Fleadh Set Dancing title. This is yet another outstanding achievement for a wonderfully committed bunch of people who continue to add silverware to the cabinet. This coveted title adds to the All Ireland Scor title that they won in November last year.

For Susan, Sandra, Kenny and Eoin this was a fourth All Ireland title, while for Seamus, Orla, Christopher & Veronica, this was their third Celtic Cross to win. This is a truly remarkable feat for an outstanding team and is richly deserved for their dedication and countless hours of practice.

You all have brought such pride to our club and your efforts are greatly appreciated by the whole community. Enjoy the celebrations and we look forward to marking your success formally in the near future. Well done Seamus, Susan, Eoin, Orla, Kenny, Veronica, Chris & Sandra.

Club Lotto will take place on Sunday next at 12:00pm. Jackpot is €10,700. It can be done online by clicking on https://bunbrosnagaa.clubifyapp.com/products. Online entries must be in by 10:00am. Thank you to all who support our club lotto.

On the bank holiday Monday last we travelled to Killucan to take on St. Paul’s in Round 3 of the Junior Championship. Bun started brightly and got off to the perfect start when Peter Tormey and Aidan Finnan combined to set Brian Maguire up for a good team goal. Tormey stretched Bun’s lead with a neat effort from play before he added another from a free after Kenny Conroy was fouled.

Barry O Mara was next on the scoreboard with a free after John Kiernan was fouled. St. Paul’s responded with two points before Ronan Scally roamed forward to finish a fine move involving Tormey, Kiernan and Andrew Whitney.

O Mara added two more points from play after some patient play, the second being particularly eye-catching, given some great work by Bun’s defence. Andrew Whitney added one more point before half time after gathering a breaking ball from St. Paul’s defence.

St. Paul’s got the second half off to an ideal start when a high ball was finished to the net by their corner forward. Bun’s response to this was instant and Kevin Mitchell finished off a high ball to the net when he gathered a break from Brian Maguire.

Noel Yourell kicked a huge score from distance before Tormey and Maguire exchanged points with St. Paul’s. Aidan Finnan converted a 45 before O Mara and Tormey added further points before the end. St. Paul’s got the final point of the game to leave the final scoreline Bun 2:13 St. Paul’s 1:06.

We play Ballinagore on Sunday 14th August in Round 4 of the Championship. Throw in at Milltown is at 12:30pm. All support greatly appreciated. Tickets need to be purchased in advance online at https://www.universe.com/users/westmeath-gaa-KDL8BC.

Well done to Inny Shamrocks U13s who defeated St. Loman’s Mullingar in a great contest in the fourth round of the Championship on Wednesday last in Ballynacargy. Well done lads.

Hard luck to our Inny Shamrocks U15s who were unlucky to lose out by two points against Maryland/Tang last Sunday evening.

Huge credit to both teams who served up a great game of end to end football with a late Maryland/Tang goal being the decisive score.

Congratulations and well done to Maryland/Tang on their win.

FOOTNOTE; Congratulations to Declan Molloy who made his Inny Shamrocks debut and played a great game at full-forward.  Declan has recently returned from Australia and would be more familiar with an oval Aussie Rules ball.  Despite having only a handful of training sessions under his belt before yesterday's game, Declan got ‘stuck in’, won lots of hard balls, tackled tirelessly and selflessly laid off the ball to teammates. Well done Declan, we’re delighted to have you on board.

Bunbrosna Rounders are welcoming new members. The annual Novice Feile is taking place on Sunday 4th September. This competition is open to all aged 17 and over, so if you have been thinking of giving the game a go, come down to training tomorrow (Wednesday) at 8pm.

For those aged 10-14, spaces available for boys and girls to join us at the mixed U14 feile on Sat 20th August. Transport provided. Call down to the pitch tomorrow at 8pm or contact Valerie 086 1236086.

All at Bunbrosna GAA wish to offer our sincere condolences to the Golden family, Ballinagall, on the sad passing of Jim.

To his children Claire, Rosemary, Damien and Niamh, brother-in-law, sisters-in-law, extended family, friends and neighbours, we offer our deepest sympathies to you all at this sad time. Ar dheis Dé go raibh sé.