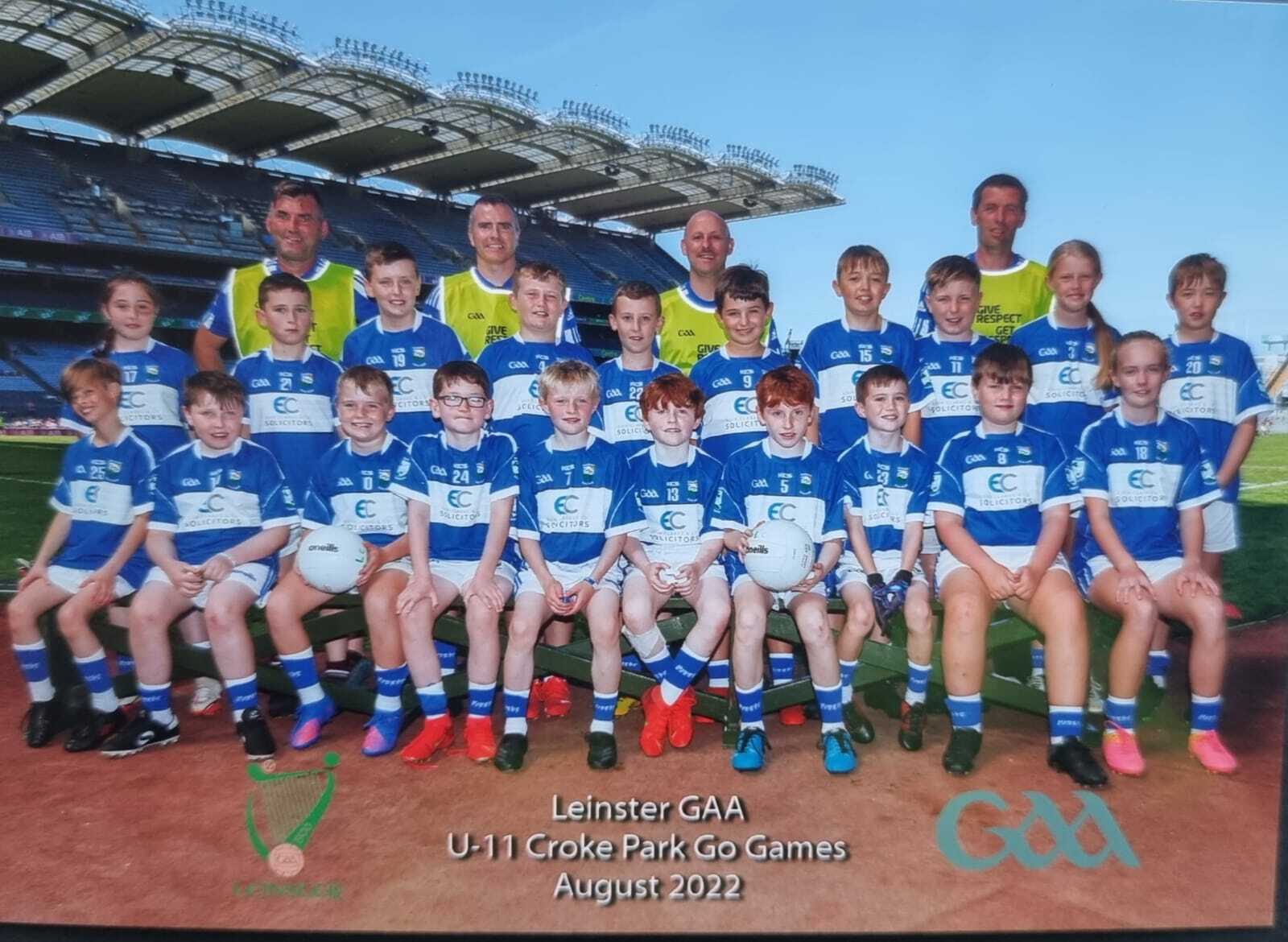 We travelled to Milltown on Sunday to take on Ballinagore in Round 4 of the Championship. Played in very hot conditions, Bun claimed the two points on offer with a very good performance. Short of a number of regular players due to injury, every player that saw game time on Sunday performed admirably and put themselves in a great position to make the starting 15 in two weeks time.

Ballinagore got off to a good start when their full forward claimed an early mark before slotting the resulting kick over the bar. Bun responded with a fine passage of play involving Kenny Conroy and Peter Tormey before Mark Donnelly applied the finish.

Ballinagore responded with a couple of points before Tormey was again on target following some great play by Conroy once again. O Mara, Kevin Mitchell and Donnelly followed with three quick points to leave Bun eight points up at half time.

On resumption after half time, Shane McGovern kicked a glorious point after some inventive play from Kevin Mitchell. Kenny Conroy, after providing so many assists in the first half, found himself in space from a high ball in to finish spectacularly to the net. He followed this up with a point before Aidan Finnan kicked a fine effort from the right to extend Bun’s lead. Further points from Conroy, two from Noel Yourell and Tormey added gloss to the score line before Chris Cole ended his first week of marriage with a great score off his left foot. Barry O Mara wrapped up the scoring with a fine point on the break to leave the final score Bun 3:15 Ballinagore 0:08.

This was a good team performance from Bun, who coped very well with the loss of several key figures from the starting team. All players acquitted themselves very well and special mention must go to Eoghan Murray who came on in the second half to make his championship debut. It was also great to see the return of some of our more seasoned campaigners who will add great experience and value to the set up in the knockout stages.

Well done to the Bunbrosna U8 and U10 girls teams who were in GoGames action on Saturday morning in Milltownpass GAA. Both teams played three fantastic matches each and played brilliantly despite the warm temperatures!

Thank you to Milltownpass for doing an excellent job hosting today's blitzes. We would also like to wish all of our U10 players the very best of luck as they travel to Croke Park on Monday to take part in a blitz day. We hope you all have a fantastic day out!

Our final Rounders Championship match of the year saw Mayo Gales GAA travel east to Bunbrosna, where their superb batting was too much for our fielders despite best efforts.

Special mention to the women playing today who took their chances and made runs of 75m around 3 bases and were rewarded with scores on the board. Well done to all.

Our U11s had an amazing experience in Croke Park on Wednesday. A massive thanks to Westmeath GAA for the invite as it was a day that the players will never forget.

We fielded two teams of ten players against opposition from An Togher in Wicklow who provided a great even contest. They panel were also treated to a tour of the dressing rooms and walked the steps to raise a cup in the Hogan Stand. A great day out for the panel and parents!

Our U11s had a great morning of football with Lilliput Gaels on Saturday last. We fielded two teams each and all players got lots of football and lots of water breaks! Many thanks to Lilliput Gaels for travelling over, it was greatly appreciated.

Rathowen Festival Weekend takes place on Friday next August 19th to Sunday August 21st. Table Quiz  in Connaughton’s on Friday followed on Saturday with a BBQ in Feericks. Music by Caroline Moore. Entry €10.

Congratulations from all at the Club to Chris Cole and Avril Whitney who celebrated their wedding last week. We wish you both a lifetime of health and happiness for the future.

All at Bunbrosna GAA wish to offer our sincere condolences to the Manning family, Rathowen, on the sad passing of Christina (Babs) Manning.

To her daughters Kitty (Elizabeth), Gerardine Mc Keown and Mary, sons Martin, Brian, Ian and Liam, daughters in law, sons in law, sister in law,her 24 adoring grandchildren, 29 great-grandchildren, large extended family, neighbours and friends, we offer our deepest sympathies to you all at this sad time.

We also offer our sincere condolences to the Casey and Kiernan families on the sad passing of Corina Casey Hardman, Liverpool and late of Kilbeggan.

To her husband Ronnie, children Michael and Rachael, her mother Kathleen Casey, sister Marie Kiernan, daughter in law Sarah, granddaughter Arabella Rose, son-in-law Rob, nephew John, niece Áine and aunt Anne, we offer our deepest sympathies to you all at this sad time.