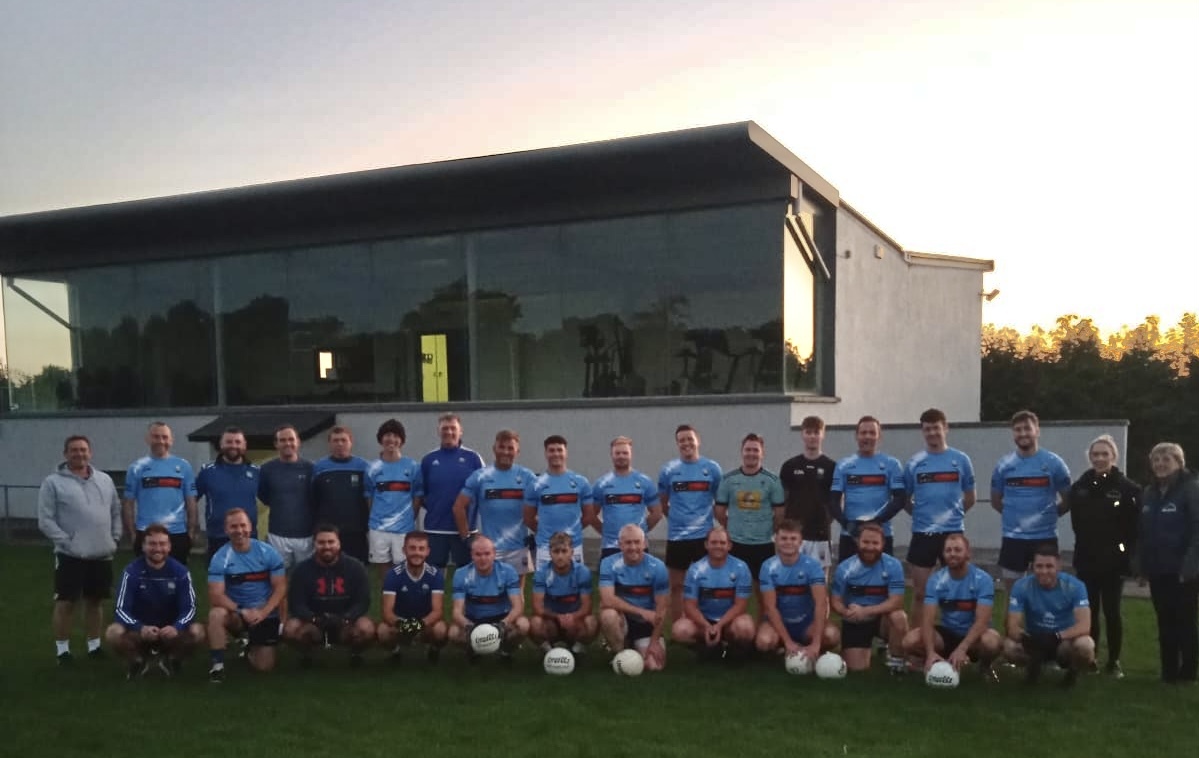 On Saturday afternoon last we made the short trip to the well appointed Moynihan Park in Ballynacargy to take on Garrycastle in the semi final of the Junior Championship. On a fine day for football, Bun put in a tremendous effort over the hour to record a six point victory. This result secures us a place in the County Final in two weeks time when we take on Multyfarnham.

Garrycastle started strongly and had two points on the board in the opening five minutes. A strong run forward from John Kiernan created the opportunity for Ken Conroy to find Barry O Mara in space to open Bun’s account. Kiernan was at it again with a crucial interception high up the field to find Darragh Lyons in space who clipped over a fine effort.

Garrycastle scored the next two points as they took advantage of the significant wind. Lyons was on target again for Bun to reduce the deficit before Garrycastle scored a fine point from play. Conroy, from a tight angle, had a goal on his mind but his effort just grazed the crossbar before another Lyons point from a free tied up the game. This free would change the game as Garrycastle were reduced to fourteen men after the referee issued a straight red card to their defender.

Bun retreated to the dressing rooms for half time all square in what was a very gritty performance against the wind. The start of the second half was a scrappy affair and Bun were reduced to fourteen men after a second yellow card for Lyons. Garrycastle got the opening point of the half before O’ Mara responded quickly with a quality effort from play. O’ Mara scored again from distance before Kevin Mitchell kicked a fine score after good build up play from Peter Tormey to put Bun two in front. O Mara extended the lead to three before Alan Maguire pulled off a brilliant save from a quick free by Garrycastle. Maguire saved from point blank range and was a crucial turning point in the second half.

A free from Garrycastle reduced the arrears to two in what was to be their final score of the game. Tormey and Mitchell kicked two sublime points from play before Aidan Finnan strode forward to kick an equally brilliant score. Tormey scored again from a free to wrap up the scoring and leave Bun six points to the good.

This was a fine team performance from Bun and the whole panel can be pleased with their performance. The backline was the foundation for this victory and ensured that Garrycastle were constantly under pressure once they got forward. Andy and Conor provided a solid base in midfield while the forwards kicked some great scores and worked hard in and out of possession. The quality of the panel was in evidence with key contributions from the subs who came on also to set us up for a place in the final for the second year running.

Hard luck to Inny Shamrocks U17s who lost out to a strong Delvin / St Pauls team in the Championship semi-final in Clonmellon on Saturday. The lads fought hard but it was not to be on the day. They now progress to the Shield competition. Best of luck lads.

Best wishes on a speedy recovery to Enda Newman who picked up a nasty injury during the game.

Well done to the Inny Shamrocks U13s who finished up their year with a final training session in Bun on Wednesday night last.

Well done to everyone on a fantastic year! While the championship brought a measure of disappointment, as a club we are extremely proud of this group of players and all they have achieved together this year.

Well done to all and a special thanks to the management team of Ger, Gordon, Sean and Alan for all their hard work. Well done and thank you to all!!

Our Gaelic 4 Mothers & Others took a well earned break over the Summer but will be returning to the pitch on Mondays at 8pm for a 6 week block before they finish up for this year. We look forward to welcoming back our current players and any new faces that may be interested in giving it a go. For more info contact Sinead on 0877672529

The Rounders season has come to a close for this year. Thanks to all who helped out during the season from washing jerseys, marking out the pitches and providing transport. Thanks of course to Valerie Molloy for coordinating the whole operation. She continues to put in trojan work to enhance and promote Rounders in the club.

Westmeath Sports Partnership are commencing an eight week Couch to 5KM programme on Wednesday next. This is suitable for complete beginners and will be on from 7:00-8:00pm. Cost- €10. All are welcome.

Ballinafid Multyfarnham Community Services are hosting a table quiz on Friday 30th September in Tormey’s Pub in aid of Ukraine. Your support would be greatly appreciated.

Best of luck to the four boxers from the Olympic Boxing Club who represent Ireland at the European Championships in Italy this week. Bun local, Alfie Jordan, along with Ryan Jenkins, Niamh Keogh and Calvin Doyle are flying the flag and we wish all four of them the very best of luck in their individual bouts.

No winner of Club Lotto on Sunday. Numbers drawn were 6, ...